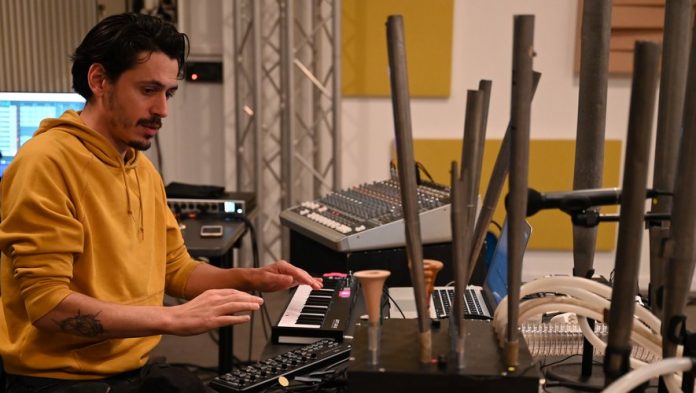 the essential
Artist residencies resumed this week at the National Center for Musical Creation in Albi. Clément Vercelletto, musician and director, opens the ball with his “Engoulevent”, a fine example of the creativity that animates the center and which will be fully displayed during the next “sound week”.

For his first week of residence, the national center for musical creation in Albi or GMEA welcomes Clément Vercelletto and his strange “Engoulevent”. A wind tunnel instrument based on a portable organ windchest, made with luthier Léo Maurel.

Composed of 24 outputs, the instrument offers to discover the nature and the music of a fictional space-time. “It’s based on an organ in a portable version, it’s the same principle as in a church. There is, here, a game on the arrival of air to manage to play nature. Like the bird whose it takes the name, the instrument offers the particular song in a strange form. Like the bird whose name it takes, the instrument offers the particular song in a somewhat strange form”, confirms the musician and director who came for the first time in Albi. After several recording times, a disc and a concert should be offered to the public.

Beyond the artist residencies that punctuate its annual programming, the national center for musical creation offers from January 30 to February 4, a great moment of sharing with the public, during the “sound week”, launched in 2004 by UNESCO. A free week which will be devoted to the work of audio-naturalists, a discipline at the crossroads of the disciplines of sound art, electroacoustic music, documentaries, podcasts and collecting.

From January 30, it will thus be possible to discover the story of the sound recording of the naturalist with Juliette Volcler, on February 1, to (re)discover the soundscape of the Albigeois rue Sainte-Claire, to vibrate with an installation “concert” by Pôm Bouvier B on February 2, and finally to listen to the glaciers melting and the sap rise in the trees thanks to Pali Meursault, Thomas Tilly and Olga Kokcharova, Saturday February 4. 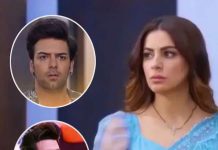