During the last months, the Artificial Intelligences They have become on everyone’s lips due to their multiple possibilities in all kinds of fields. Today we were talking about a youtuber who proposed Build a Gaming PC with the help of an AI advicealthough we have also seen surprising results in terms of the movie generation with a live action of Dragon Ball that has not left anyone indifferent.

Continuing on this path where Artificial Intelligence goes hand in hand with the generation of films, it has not taken long for a content creator to emerge who has taken advantage of this potential to imagine video game adaptations. As you can see on the YouTube channel Alternative Reality FilmsMidjourney has been used to produce films of Final Fantasy, Resident Evil, Bloodborne, Metal Gear Solid and more games with a very particular format: as if they were 80’s productions.

Taking into account that turning this idea into a movie would take several hours and hundreds of retouching, the YouTube channel prefers to drop the possibility with trailers that collect images with scenes from the video games. In this news we attach the examples of Bloodborne and Metal Gear Solid 3 as if they were 80s movies, but you can also see the rest of the trailers generated in the Alternate Reality Films account.

Although Artificial Intelligences are not yet advanced enough to develop complete video games, it should be noted that their possibilities they have already been used in games like High on Life. After all, the game shows various AI-generated images because the delivery people could use this technology to “weird and funny things”. 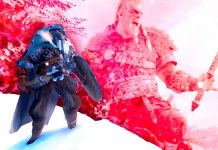