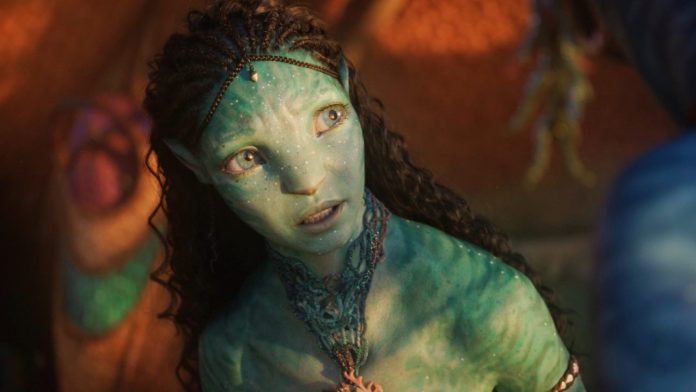 ‘The sense of water’, the second installment of the saga, could reach two billion dollars at the box office.

At a time when almost everything related to movie theaters derives from the issue of how little people go to see movies, Avatar: The Sense of Water has come to question the veracity of that statement. James Cameron himself, director of the film, confirmed that he was aware that the sequel to Avatar it could be a failure. There was a ghost, yes, but the premiere of the film has gone off without a hitch. The film could reach in the near future the two billion dollars at a time when the queens of the premieres are the streaming platforms.

cameron and avatar 2 were present at the Golden Globes as nominees and the director spoke about what the success of the film means as opposed to streaming services.

This is what he said to Variety during his time on the red carpet of the event:

We are seeing as a society that we need this, we need to go to the theaters and have that experience. Enough of the ‘streaming’. I’m tired of doing nothing!

It is true that Avatar: The Sense of Water It has made the public flock to movie theaters and, as the director points out, have that experience: go to the place, sit in a seat, turn off the lights and enjoy the story. But don’t be fooled. Streaming platforms continue to be one of the most powerful elements when it comes to film consumption and, although there seems to be no conflict in Cameron’s words, we must not forget that avatar 2 will come at some point Disney+.

The coronavirus pandemic changed the way in which the public consumes audiovisual products. The studios had to get their act together and created strategies that led to the reduction of the audiovisual window. Whereas before you had to wait a year or more to be able to enjoy a movie on a streaming platform, now it can take just a couple of months to do so.

The years 2021 and 2022 have been marked by this and many people preferred not to go to the cinema and wait a little longer to see a movie from the comfort of their home. As 2022 drew to a close, some distributors have been altering their decisions.

For example, Warner Bros.which premiered in HBO Max his titles just 45 days after they hit theaters, he tweaked his strategy a bit. Disney has also started to do it and its first victim has been Black Panther: Wakanda Forever. The sequel to Marvel It was supposed to arrive on Disney+ in December -approximately a month after its theatrical release- but they have decided to delay it a little longer and it will be added to the platform’s catalog on February 1st.

Will the same happen with Avatar: The Sense of Water? Probably. The movie continues to rake in a lot of money, and it’s understandable that the House of Mickey Mouse – which owns 20th Century Studios– want to continue squeezing success.