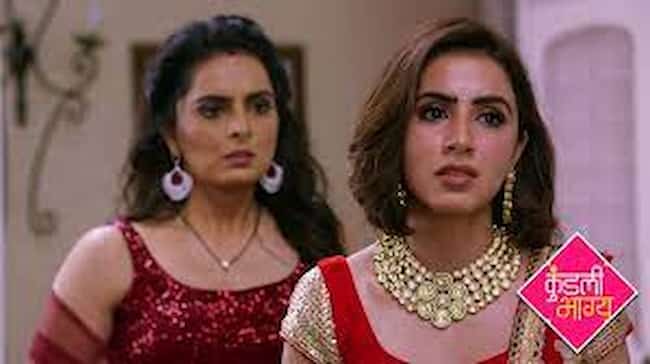 Kundali Bhagya: Karan himself will become guilty in the affair of erasing bloodstains with the help of Preeta

Preity is unable to come out of jail even in Ekta Kapoor’s superhit serial ‘Kundali Bhagya’. Preeta hopes that Karan will do anything to get her out of jail. On the other hand, Karan is also yearning to bring Preeta (Shraddha Arya) out of jail. Karan is going to take a big decision to prove Preeta innocent. Karan is about to go to jail by himself to save Preeta.

The proof of this is the latest promo of the serial ‘Kundali Bhagya’. In the promo, Karan (Dheeraj Dhoopar) says that it is not Preeta but Akshay’s blood. After which the police arrest Karan. Seeing the handcuffs in Karan’s hands, Preeta’s heartbreaks. In such a situation, it will be interesting to see how Preeta gets Karan out of this trouble