With Microsoft trying to close the purchase of the company, a new dwarf has appeared in the garden of Activision-Blizzard. Most of the teams participating in the Overwatch League, the official competition of the ‘hero shooter’ in which clubs from all over the world got involved, have started a collective bargaining process with the company. The information comes from Jacob Wolf, one of the most reputable reporters in the world of esports, who points out in your own website that the demands are related to “high operating costs and broken promises in terms of revenue”.

The Troubled Trajectory Of The Overwatch League

In easy to understand terms, teams have grown tired of losing money because of the competition. Organizations that entered the league in its first year have already paid close to $10 million just to be in the competition (the initial cost of a franchise was $20 million paid in various installments). To this must be added the so-called operating costs: team facilities, player salaries and so on. Always according to the source, this means that the total cost of the Overwatch League for the organizations that have participated in it since its first year has been up to 16 million euros. In return, they have known almost no profitable operation to date.

The figures left no choice for the teams that work at a loss permanently. A situation that has worsened in recent years. Although Activision-Blizzard reduced the costs of operating the Overwatch League, the pandemic negatively affected the revenue of the teams. The blow was worse for the league shortly after. Due to the sex discrimination scandal which even caused the California State intervention, the competition lost all its sponsors. Additionally, for the year 2023, its broadcasting agreement with YouTube has also ended. This agreement was very profitable for the esports division in economic terms, although not so much in views.

There is little for teams to hold on to. Overwatch 2’s launch pull has already cooled ahead of the start of the new season next March. The performance of the league this year is unknown and more after it will stay in a very weak peak of 400,000 simultaneous views at the end of its last season. The peak is much lower than that of Valorant (1.5 million); CS:GO (1.4) or League of Legends (5.1). Esports are rarely profitable for teams, even moving at much higher interest than Overwatch generates. It is expected that the viewing figures will rise again moderately with a more than possible return to Twitch, although they will hardly compensate for what they will stop entering thanks to the old YouTube exclusivity.

Negotiations between the teams and Activision-Blizzard are just getting started, but they’re not looking good. The tensions among the law firm hired by Overwatch League teams to negotiate with league owners would be high. In this context, many teams see their future in jeopardy. Especially those that are run by entities with less capital or operating areas that depend to a greater extent on competition. If they go down, the consequences for the developer could be more serious. Esports in the West do not look good for the year 2023, although Spain is in a better situation. 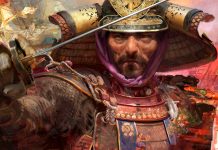 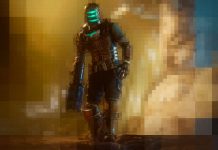 These are the graphics settings that I recommend on PC