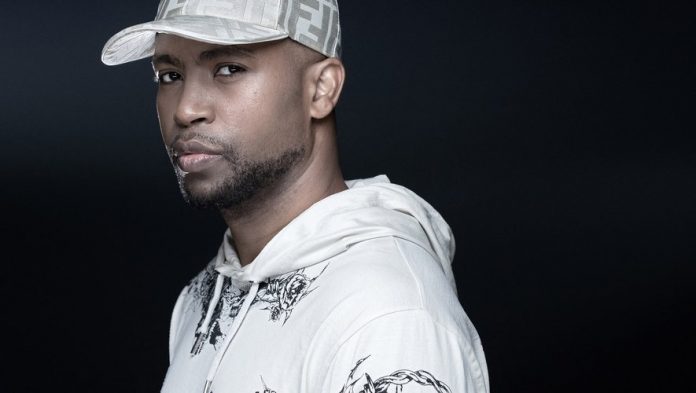 (AFP) – Do you sometimes say that you are “in” deconfinement mode or “in” rest mode? You don’t necessarily know it, but if the expression is commonly used by politicians, journalists and the general public, it is probably thanks to rapper Rohff.

Extract from his album “Beyond my limits”, released in 2005 and sold around 300,000 copies, “En Mode” was a huge hit. Throughout this title built around an anaphora, the rapper from Vitry-sur-Seine explains that he is “in big sound mode”, “in studio mode” or even “in automatic mode”.

“It marked the spirits to the point of entering into everyday language. I have already seen images of the National Assembly, presidents or ministers say it”, tells AFP Rohff, who does not hesitate to qualifying his find as “the most contagious of the last twenty years”.

“It shows that nothing is impossible. Me, it is (the Japanese animated series) Goldorak who taught me to speak French”, specifies this native of the Comoros who arrived in France at the age of 7 years.

“I had to get up to speed very quickly. I was a little embarrassed, people were laughing at me. I wanted to bring back good points and satisfaction tickets for my mother from school. It gives you a penchant for language “.

His writing, recognized and hailed by the critics, allowed Rohff to become one of the most popular rappers of his generation, with nearly 2 million albums sold. And to create many expressions, which have become very popular among rap fans and beyond.

In 2005, with his hit “It’s nice”, many young people started to say “it sounds bad” when they were happy.

Another example, the word “zumba”, basically a dance close to fitness, which has become in the mouths of Rohff, then in those of music critics, an effective means of qualifying urban pop in fashion.

“You have to prove that the language is not limited to words in the dictionary and is renewed. When you’re French, you live in this language. It’s my job to speak to the public, to touch them with my metaphors, my expressions “, Rohff analysis.

“Rap and song in general offer us a written record of the words used in the street”, analyzes Aurore Vincenti, a specialist in rap and the evolution of the French language.

“It is a music which has an enormous strike force, its popularity guarantees an extremely wide diffusion to this language which one tended to localize in certain suburbs”, adds the linguist by noting that more and more expressions come rap are democratized among young people like “fat” (synonymous with “guy”), “OKLM” (“calm”) or “moula” (“money”).

Robert’s Historical Dictionary of the French Language has thus integrated the expression “en mode”, without Rohff being credited with it and with an etymology rather eyeing computer fashions.

“It came to me around 1993-1994 while playing the Streetfighter game on Nintendo. I wanted to win all the time and I played with the different game modes: hard mode, etc …”, assures for his part the rapper of Val-de-Marne, who adds “never having heard the expression” before making a song.

The etymology “is not an exact science”, recalls Aurore Vincenti for whom, creator or not, Rohff “has certainly contributed to popularize and widely disseminate this expression”.

Why so many games and innovation among rappers?

“There is more creativity with language in working-class circles than in bourgeois or elitist circles, where we tend to pick up and correct children who express themselves outside the framework of grammatically correct”, argues the linguist.

And these privileged circles, Rohff, like the majority of rappers, managed to touch them with his words.

“Once I received a letter from someone who comes from a family of great French florists, the upper middle class, he even sent me a photo of their estate,” recalls the artist.