Virgil’s entry into play and Connie’s diary leave some clues that the character’s survival secret could be out very soon.

It’s been two full seasons since Rick Grimes disappeared on The Walking Dead back in the ninth installment and, to date, only two characters know that the character is still alive: Judith Grimes (Cailey Fleming) and Michonne (Danai Gurira), although the latter said goodbye to zombie fiction in the tenth season. However, it seems that the season 11 of The Walking Dead is close to having the young survivor’s best kept secret revealed and that the rest of the survivors discover that whoever was their leader and faithful companion still alive somewhere.

The first to do so could be Carol (Melissa McBride), the website suggests Screenrant, since the last episode aired ‘On the Inside’ (11×06) it left a little clue pointing in that direction. As you may recall, in the episode in question, Connie (Lauren Ridloff) managed to reunite with her sister Kelly (Angel Theory) after managing to survive alongside Virgil (Kevin Carroll) to the attack of wild humans who practiced cannibalism.

In ‘On the Inside’ (11×06) he once again put the issue of Rick Grimes’ survival on the table through Connie’s diary, in which he mentioned that Virgil had told him that Michonne had left to “look for someone”. In the scene, Magna (Nadia Hiker) was reading Connie’s lost diary while Carol watched him silently over her shoulder. While the detail may go unnoticed, the reality is that while Magna can’t draw too many conclusions from Connie’s writing, Carol can. Michonne’s friend and partner for years, Carol knows the character well enough to know that this “someone” Virgil was talking about had to be important enough for Michonne to leave Alexandria and her children, Judith and RJ, behind. Also, Rick’s body never showed up despite everything they searched for years, especially Daryl, and Carol already has experience seeing group members back who they gave up.

Likewise, there could also be more explicit notes in the diary, which are revealed later, in addition to the fact that the reunion with Connie and Virgil’s entry on the scene could be the ultimate revelation. On the other hand, if Carol begins to have suspicions about the survival of Rick (Andrew Lincoln), perhaps she will discuss it with Judith, who until now has avoided telling it in the opportunities she has had to talk about it but what, if Carol addresses the subject Directly, maybe he’ll talk about his radio conversation with Michonne once and for all.

What to expect from the arrival on ‘The Walking Dead’ of the “killer of Rick Grimes”: Who is in danger?

The revelation that Rick is still alive would be a real revolution among the protagonists, who could make important decisions about it and perhaps undertake a search through Virgil’s clues about Michonne’s journey. Without a doubt, giving a little prominence to the figure of Rick would be a great tribute to the undisputed protagonist of the story in the final season of The Walking Dead.

We will discover more in the episode next Sunday, October 3: ‘Promises Broken’ (11 × 07) will be released on AMC and simultaneously at dawn by FOX Spain, which will premiere the dubbed version of the episode the following day. 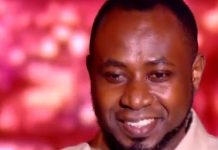