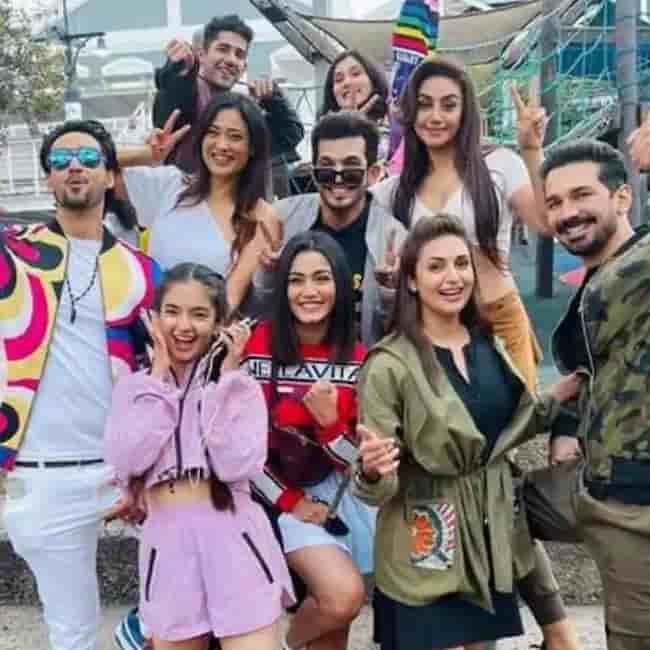 These 5 contestants of Khatron Ke Khiladi 11 were shown the way out, wild card entry after shocking elimination!

Khatron Ke Khiladi 11 has got its top 8 members as soon as these 5 stars are out of the show. Divyanka Tripathi, Shweta Tiwari, Rahul Vaidya, Arjun Bijlani, Varun Sood, Sana Makbul in the top 8 of ‘Khatron Ke Khiladi 11’ ) and the names of Abhinav Shukla and Vishal Aditya Singh. However, no one knows how much truth is there in this news. Fans will be able to know the truth of this news only after the show is on air.

Will there be a wild card entry in ‘Khatron Ke Khiladi 11’?

A report by Telechakkar has claimed that after the elimination of 5 people, there will be a wild card entry in the show. The eliminated stars will face dangerous stunts to make it to the wild card. Stars are unable to go out of Cape Town due to Corona. In such a situation, this time only the old contestants will be given a place in the wild card.

With “Slammed on the ground”, Marie Bortolotti, a young screenwriter with a well-tempered pen, is noticed by all the studios

‘Superman & Lois’ unexpectedly loses one of its protagonists for season 3

With “Slammed on the ground”, Marie Bortolotti, a young screenwriter with...

‘Superman & Lois’ unexpectedly loses one of its protagonists for season...

“All my career I have tried to get out of the...

Wolfgang Petersen, director of ‘Troy’ and ‘The Neverending Story’, dies at...

I’m addicted to ‘true crime’, but I’ve informed myself and that...

The creator on the violence in ‘The House of the Dragon’:...